You need to enable JavaScript to run this app.Gems of the Aegean | 9 days Greece Itinerary
User

Electra Hotel Athens
Close
Can I book my trip with Triptile?
Absolutely! Triptile allows you to plan and book your trip all in one place. As well as enjoy uniform payment, modification and cancellation policies.
1 of 2 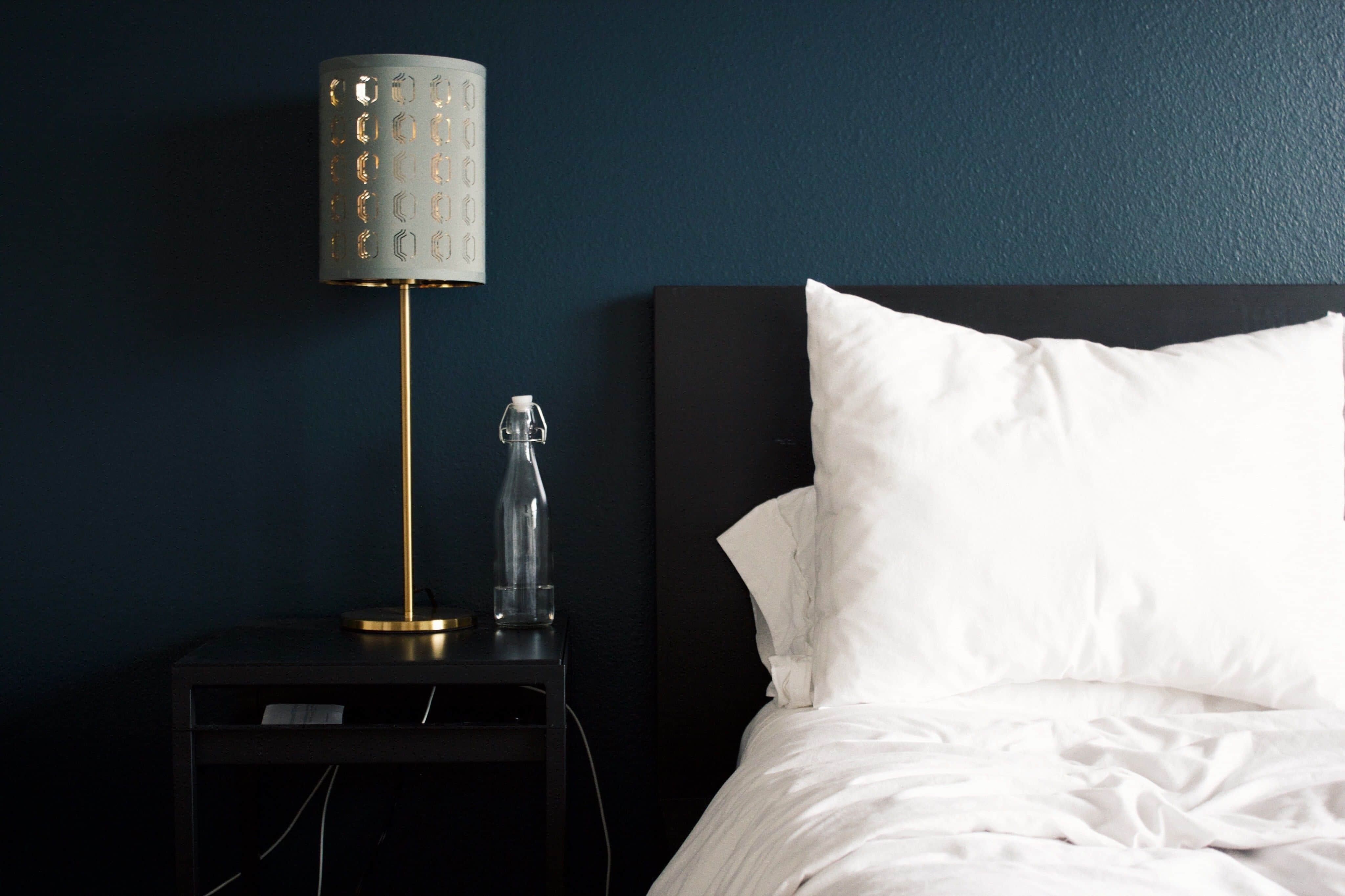 Hotel Alkyon
Close
Can I book my trip with Triptile?
Absolutely! Triptile allows you to plan and book your trip all in one place. As well as enjoy uniform payment, modification and cancellation policies.
1 of 2

Olive Green Hotel
Close
Can I book my trip with Triptile?
Absolutely! Triptile allows you to plan and book your trip all in one place. As well as enjoy uniform payment, modification and cancellation policies.
1 of 2

Not included:international flights, multiple arrival/departure transfers, other meals not mentioned in the program, optional tours and services, all personal expenses.

Note:
1. Hotels availability is subject to change. In case current hotels are booked out we will provide alternative hotels of an equal value for you.
2. We include 1 vehicle for your arrival and departure transfers. If multiple vehicles are required additional transfer costs will apply.

Price per person
9 days
Trip Type
Private tour
Travelers
Itinerary is not saved! Please save this program
Gems of the Aegean
Private tour

Can I book my trip with Triptile?
Absolutely! Triptile allows you to plan and book your trip all in one place. As well as enjoy uniform payment, modification and cancellation policies.
1 of 2
Electra Hotel Athens
1 Classic Double Room Breakfast Included
1 Room
2 Guests
4nights
Experiences
Schedule
Browse collections
Included experiences
Full Day Guided City Tour
Today you meet your guide and driver at your hotel and make your way to Kerameikos, the biggest and most important necropolis in Athens. The walls of Athens, which were constructed in the 5th century B.C. by Themistokles, divided the area into two sections: The Inner Kerameikos which was the potter's quarter of the city and τhe Outer Kerameikos of an important cemetery and numerous funerary sculptures erected along the road out of the city towards Eleusis. After, you will make your way to The Temple of Olympian Zeus & Hadrian's Arch (short visit). This colossal ruined temple was dedicated to Zeus, king of the Olympian gods. Your next stop is the Panathenaic Stadium, also known as the Kallimarmaro (meaning the "beautifully marbled"), is an athletic stadium in Athens that hosted the first modern Olympic Games in 1896. Continue on to the highest hill of Athens Lycabettus, which appears in various legends. Witness the Royal Palace and today's Parliament, with the elite unit known as the Evzones in their picturesque uniforms guarding the Memorial of the Unknown Soldier. Drive along Panepistimiou Avenue to get a glimpse of the beauty of the most famous Athenian Neo­Classical buildings before arriving to our next destination the Ancient Agora. After the tour you are transferred back to your hotel.
Half Day Private Acropolis Tour
Meet your guide and start a 4­-hour tour with your private guide. Walk through Dionisiou Areopagitou street one of the most impressive streets of Athens, offering an extraordinary view of the southern slope of the Acropolis, where some of the most significant monuments stand. You will enter the archeological area of the Acropolis on the southern slope to avoid the crowds and just to your right is the most ancient theatre of the world, the Theatre of Dionysus. Your next stop is the Odeion of Herodes Atticus and before reaching Acropolis top point, you pass through Beule Gate, part of the Roman fortifications of the Acropolis. See the Temple Of the Athena Victory also known as Temple of Athena Nike, a small, elegant, Ionian, amphiprostyle temple, built by the architect Callicrates in 426­421 B.C. in commemoration of the victory of the Greeks against the Persians. Reach The Propylaea one of the masterpieces of classical architecture. Left of the Parthenon lies the Temple of Erechtheion built from 420­406BC at the holiest site of the Acropolis, where goddess Athena planted the olive tree, her sacred symbol. Climbing down the Acropolis hill you will reach the New Acropolis museum one of the most important contemporary works of architecture in Athens. The last level (The Parthenon room) has the dimensions and the direction of the Parthenon and it is been rotated by 23 degrees in relation to the rest of the building so that the visitor would have an immediate view of the monument.
Full Day Trip to Corinth, Epidaurus, Mycenae & Nafplion
Meet your private guide and driver and go on a 10-hour day trip to Corinth, Epidaurus, Mycenae and Nafplion. You Drive along the coastal road towards Corinth to the Corinth Canal that connects the Aegean with the Ionian Sea. Enjoy a short stop for pictures and will continue towards the archaeological site of Ancient Corinth where you visit the Temple of Apollo and the fortress of Acrocorinth that offers magnificent views to the plains and the sea. Continue towards Epidaurus (or Epidavros in Greek), where you admire the famous ancient theater of Epidaurus with the impressive acoustics. This is the hub of the summer Greek festival, with theatrical plays and music concerts all summer long. The next site is Mycenae, the capital of the ancient Mycenaean Civilization. You have the chance to visit the Cyclopean walls of the city, the Lion’s Gate, the Royal Tombs of Agamemnon and the entire archaeological site. We will have a short lunch here. The final chord of the tour is a town of Nafplion, the historic first capital of Greece, which is a lovely small town nesting at the foot of a hill crowned by the Fortress of Palamidi. Stroll in its picturesque cobbled stone streets and visit local shops with great pieces of art and crafts.
Want to add more experiences
Arrival Private Transfer Sedan
Included
Departure Private Transfer Sedan
Included
Athens

Can I book my trip with Triptile?
Absolutely! Triptile allows you to plan and book your trip all in one place. As well as enjoy uniform payment, modification and cancellation policies.
1 of 2
Olive Green Hotel
1 not found
1 Room
2 Guests
2nights
Experiences
Schedule
Browse collections
Included experiences
Full Day Guided City Tour
meet your private guide and driver for a 5.5-hour tour. Together your unveil the history of Minoan civilization and capital of Minoan Crete, you visit and The Palace of Knossos, which is the most important archeological site on the island. Continue to the Heraklion Archeological Museum, the best in the world regarding the Minoan art as it contains the most notable and complete collection of artifacts of the Minoan civilization of Crete, like the Bull's head Rython, the snake goddess and the disc of Phaistos. The museum displays idols made of terra cotta, marble and alabaster, collections of gold, jewelry, ivory, figurines, sarcophagi and frescoes will give you an insight into this artistic-minded civilization and complement your visit to Knossos.
Want to add more experiences
Arrival Private Transfer Sedan
Included
Departure Private Transfer Sedan
Included
Itinerary is not saved! Please save this program